Here are a few other, slightly less well known quadrilaterals.

A trapezium is a quadrilateral that has at least two parallel sides. 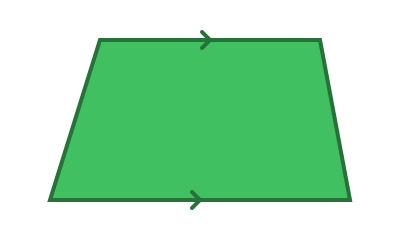 You can think of a trapezium as being a bit like a triangle with the top sliced off. Just like triangles, there are several different types of trapezium.

An acute trapezium is like a slice through an acute triangle. 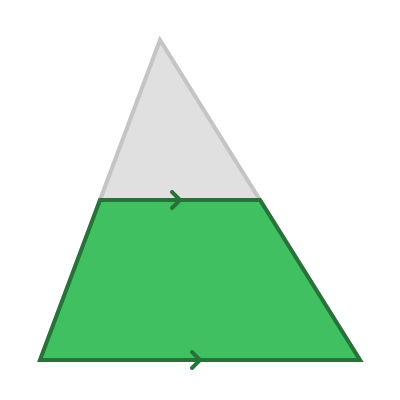 Notice that sides slope in opposite directions, and both angles at the base are acute.

An obtuse trapezium is like a slice through an obtuse triangle. 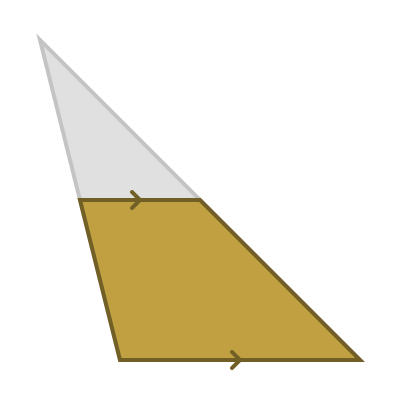 Notice that one side slopes inwards, one slopes outwards. One angle at the base is acute, the other is obtuse. 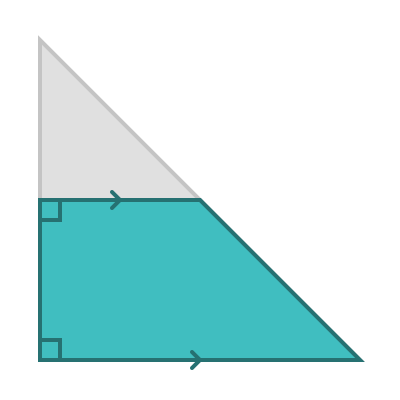 We have seen the isosceles trapezium in the quadrilaterals section. It is a trapezium where the two sides make the same angle to the base (but with opposite direction of slope). A you have probably guessed, it is a slice through and isosceles triangle. 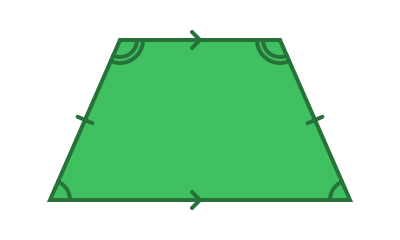 A special case of this trapezium is one where three of the sides are equal length: 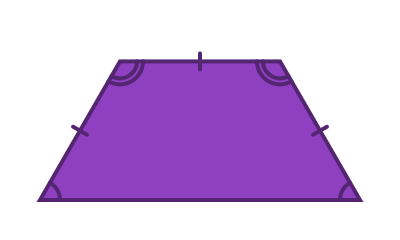 A kite is a quadrilateral that has two pairs of equal length sides that are adjacent to each other.

A kite always has two equal angles - the angles between a short and long side. A right kite is a special case where those angles are right angles. 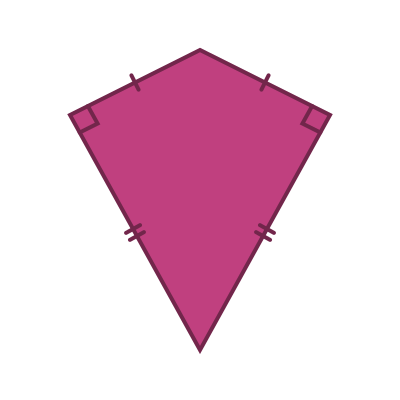 An interesting fact about right kites is they are cyclic - you can draw a circle that touches all four corners. 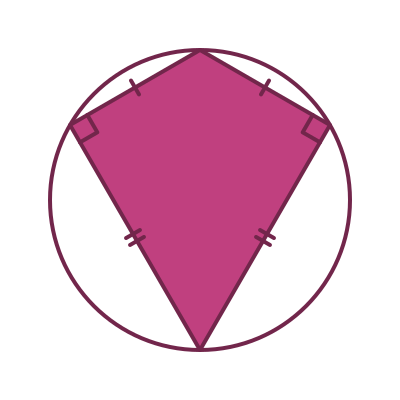